6 Symptoms of Rare Diseases Healthcare Professionals Should Be Aware Of

Diagnosing any disease can be difficult, but when the disease or illness a person is suffering from is on the list of rare diseases, it can be even harder to accurately identify what is going on. Due to the rarity, it can be common for medical professionals to have never come across some of the ailments discussed below. Still, through some research and keen observation, even less experienced medical professionals can be aware of some of the telling signs of these rare diseases.

Here are some symptoms to be on the lookout for when trying to diagnose one of the 7,000 rare diseases that impact people every day.

If a patient is constantly waking up in the night with drenched clothing, heavy breathing, and a high body temperature, they may be experiencing night sweats. Common causes of night sweats can be depression or anxiety, drug use, or a sleeping disorder. However, it may also be a sign of something more serious, like cancer.

Night sweats can signify late-stage mesothelioma, a rare form of cancer that forms in the mesothelium of organs, primarily the lungs. This occurs when the cancer has spread and starts to put stress on the body’s immune system. It is caused by exposure to asbestos, a harmful building material that was popular in the ’60s and ‘70s

Mesothelioma is diagnosed via imaging scans, biopsies, and blood tests. Medical professionals often overlook this cancer because some of its symptoms are so often attributed to other illnesses or even more common cancers. The patient may also be unaware that they were exposed to asbestos, so doctors don’t test for it. This leads to patients receiving a diagnosis in the later stages, which reduces their ability to recover, or never receiving the correct diagnosis at all.

Other symptoms of mesothelioma include:

Another tumor may be to blame for night sweats as well. A pheochromocytoma is a rare tumor that develops in the adrenal medulla or a small organ that exists on the top of each kidney. The presence of this tumor can cause the overproduction of hormones, which can increase heart rate. Approximately 20% of pheochromocytoma tumors are cancerous; however, the majority of them are benign.

Many people living with pheochromocytomas are never diagnosed, and may not even experience the symptoms associated with the tumors. Others may experience symptoms multiple times a day. These “paroxysmal attacks” are classified as:

Pheochromocytoma tumors are diagnosed through urine and blood samples, as well as image sampling. They can be treated through medication, surgery, and radiation. 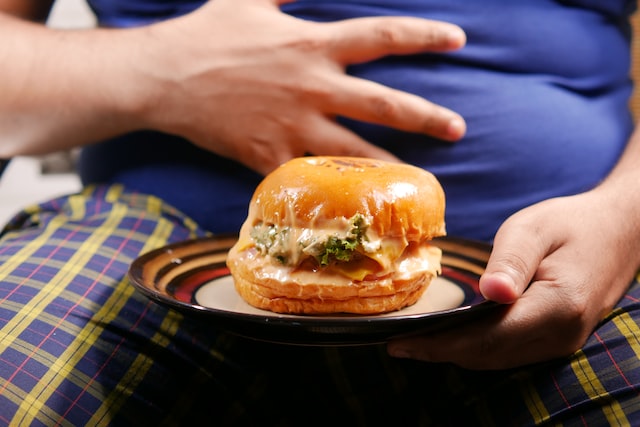 Early satiety is the sensation of feeling very full after only a few bites of food. This can prevent people from eating a full meal and getting a healthy amount of daily calorie and nutrient intake. Early satiety can be a symptom of a range of illnesses or diseases. Something as small as a stomach bug or food poisoning can cause early satiety, but if the symptom persists, something more serious may be causing it.

For people with chronic early satiety, it could be caused by a condition known as gastroparesis. Gastroparesis is a chronic condition that causes a delay in the emptying of the stomach. When someone suffers from gastroparesis, their stomach and intestines are unable to break food down small enough to digest, which can result in food becoming stuck within the digestive tract. Over time this food can turn into a solid mass, called a bezoar.

Besides early satiety, gastroparesis can cause:

Gastroparesis is rare, but cases are rising in recent years, especially among women. Gastroparesis can be treated, but options are limited and have ranging degrees of success.

Besides gastroparesis, feeling full after only a few bites can also be an early sign of stomach cancer. Stomach cancer is difficult to diagnose early on due to “less serious” symptoms, but early satiety can be a telling sign that someone is suffering from stomach cancer.

Early satiety associated with stomach cancer is more frequently accompanied by vomiting of undigested food as well as vomiting blood. Depending on where the tumor is located a person suffering from stomach cancer will feel full in their upper abdomen, rather than directly where their stomach is.

Both stomach cancer and gastroparesis can be hard to diagnose due to the range of symptoms, but if someone is presenting early satiety alongside other symptoms for a period of time, then it would be wise to exhaust all options.

One last note to keep in mind is that early satiety can be caused by mental factors as well. Someone with intense anxiety or medical PTSD could “trick” themselves into feeling full which makes this symptom even harder to attach to a certain subset of diseases. 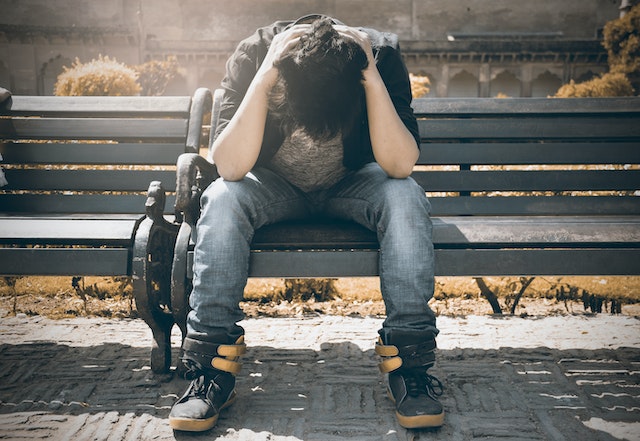 Fainting is a symptom that is associated with many disorders, illnesses, and physical and mental health issues. These spells are a result of a sudden drop in blood pressure, which can be caused by simple (but still serious) things like hunger, dehydration, strong emotional outbursts, or drug and alcohol use. However, fainting can also be a sign that the patient is struggling with a heart condition.

For example, fainting spells could be the result of a condition called Brugada Syndrome. This rare genetic disorder affects the rhythm of the heart and causes irregular beating in the lower heart chambers. These often happen when the person is sleeping.

Many people living with this condition may not experience signs and may be unaware that they have it. Additional symptoms include:

If left untreated, Brugada Syndrome can lead to sudden death. It’s important for healthcare professionals to catch it before it gets to this point. The disease can be diagnosed by ECG testing.

Severe symptoms can be treated with medication, surgery, and lifestyle changes for the patient to prevent attacks.

In addition to fainting, dizziness is a common experience that can be associated with a variety of issues in the body. This includes issues with the heart, eyes, sensory nerves, and the ear.

Meniere's disease is a condition that affects the inner ear that causes an excess buildup of endolymph fluid. This disease typically affects those between 40-60, and it is not known why it happens. Although not life-threatening, untreated Meniere’s disease can lead to worsening symptoms over time and can cause permanent hearing loss.

This disease is categorized by sudden attacks of severe dizziness, nausea, and difficulty hearing that lasts for a few hours. Additional symptoms of Meniere’s disease include:

Since the disease’s symptoms mirror other more common issues, healthcare providers should rule out other conditions first.

This disease is treated through lifestyle changes, such as eating a low-sodium diet and reducing stress, balance training, and surgery. It is diagnosed through hearing tests and a variety of balance tests.

If a patient comes in with blueish-gray skin, there may be a few different causes that come to mind. Raynaud’s syndrome, pneumonia, COPD, and PAD all can lead to the skin having a ghostly hue that can be scary for those individuals. However, there is one rare cause that can alter the skin’s pigment.

Argyria is a condition that results from a buildup of silver in the body. The change in pigment occurs most visibly on the skin and nails, but can also change the color of the eyes, gums, and internal organs. It takes a large amount of exposure over a period of time to notice these effects.

The most common exposure to this amount of silver is dietary supplements, specifically colloidal silver. People often take these pills because they believe the pills will cure diseases (such as HIV/AIDS, cancer, and herpes), boost their immune system, or prevent illness. However, these claims have not been proven and can negatively affect the body. In addition to organ color change, colloidal silver can prevent medication absorption. Additionally, people who work directly with silver are at risk of developing argyria.

Argyria can be diagnosed via a physical examination. Healthcare professionals should talk to their patients to see if they had prolonged exposure to silver or if there are other health conditions that should be considered. A skin biopsy can also provide more insight into what is causing the blue-ish grey tint.

The visible effects of argyria are permanent. Laser treatments may offer some benefits, but sunscreen and makeup are the most effective way of reducing the appearance of argyria. 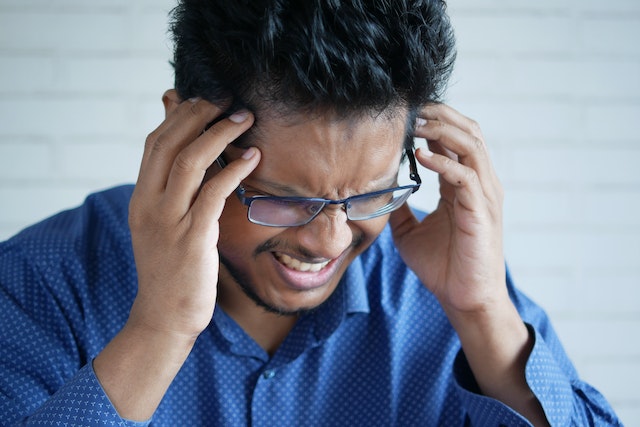 Brain dysfunction is yet another issue that can be caused by a variety of factors. This term encompasses a lot of symptoms, from memory impairment to lack of coordination. These issues can be caused by spine issues, a stroke, head trauma, or any other condition that reduces blood flow to the brain. One unlikely, yet commonly known, cause is rabies.

Rabies is a viral infection that spreads between animals and can be transmitted from animals to humans. It causes inflammation of the central nervous system, which leads to coma and death.

People are most commonly infected by bats, raccoons, and foxes. Wild dogs are also a prominent source of rabies in other parts of the world. There are a variety of factors that can determine if a bite from one of these animals will lead to infection, including the amount of virus present in the animal’s saliva and the amount of saliva in the wound.

The signs of rabies directly after infection are very similar to the flu. Late-stage symptoms of rabies include:

Once these symptoms appear, there is little that can be done. Patients should be given the rabies vaccine as soon as they are exposed to the virus in order to prevent the illness from spreading in the body.

On the bright side, rabies is an incredibly rare disease that only kills about three people a year in the United States. However, it should never be ruled out when caring for a patient that is dealing with cerebral dysfunction, and healthcare professionals should keep the disease in the back of their minds as they’re ruling out other illnesses through diagnostic testing. Additionally, medical professionals should have open conversations with their patients to find out if there was a situation that lead to potential abies exposure.

As a note, these symptoms do not always mean that a person is suffering from a rare disease. A person working in professional healthcare should exhaust all possibilities before testing for a rare disease. Usually, a patient that gets diagnosed with a rare disease has gone through a long journey of appointments and tests before reaching that conclusion, so by the time they are diagnosed, most other ailments are ruled out.

Becoming aware of the symptoms of rare diseases and the types of people they more frequently affect is a good starting point as a healthcare professional to ensure that you’re giving your patients an accurate diagnosis. In recent years, genome panels and gene testing has become more popular and can show if someone is predisposed to a certain disease.

Overall, the best way to identify a rare disease is to stay informed and be your own advocate to understand what symptoms are associated with certain diseases.