Objective Criticism & How to Give It Effectively 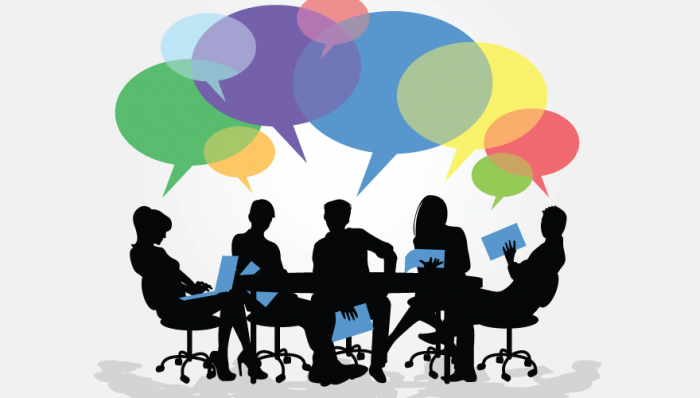 Objective criticism is constructive feedback using only unbiased opinions and facts instead of emotion or personal preference. It's a great way for people to professionally and tactfully suggest improvements to others without making it personal.

Giving criticism is not always easy and, if done incorrectly, it can do more harm than good; there are many ways to say the same thing, so make sure you say the right words in a sensitive situation. Learning how to tactfully tell others where they need improvement and make them want to improve are traits of a strong leader. If you can't suggest things without coming across negatively and confrontational, then people won't take you seriously and they will most of the time want to do the opposite of what you suggest.

While people usually think of criticism as a negative thing, it doesn't have to be. Critiquing is our way of improving on strategies and practices that could be better. Without it, we would never know what areas need improvement and nothing would get better. We need objective criticism for our endless quest to make everything better.

There are several ways to effectively and objectively give criticism. These methods include the positivity sandwich, indirectly critiquing by showing them how to do something, using yourself as an example for mistakes, being specific, focusing on the problem, not making it personal, letting people keep their dignity, and being positive.

The best way to make improvements with objective criticism is to quickly praise people when something good happens. Encouragement oftentimes works better than criticism; people like to feel good about their improvements and will work harder if they feel like they make an impact. These strategies increase the odds of criticism having a positive effect rather than being devastating.

It's always good to lead into a critique with some praise. By praising someone before beginning any type of criticism, you let them know you notice the good things they do. When a person feels valued they will work harder and put more quality into what they do. Also, they can carry the good feeling they got from the praise through the criticism step that comes next. They will take what you say seriously without feeling like they are worthless. The criticism won't crush them so much if they feel positive about what they do.

Next, go into the objective criticism. This is the meat of the sandwich-- the most important part. Tell them what needs improvement without being negative or mean. Tell them things that are good but can be better. Keep it simple and indirect. Never get personal. You want to get our message across, but you don’t want someone to lose the zeal for what they do well.

Then comes the last piece of bread. Put positive praise on top of the criticism. Reiterate to them what they do well and how they are doing a great job. Also, tell them how much better they will be when they fix the areas of concern. Always end on a high note. They will walk away knowing where they need to improve, but they will feel good about what they do.

Another way to criticize without hurting anyone’s feelings is by approaching the critique in an indirect way by showing them how to do something correctly. Being passive goes against the notion that straightforward is always better, but sometimes people need to see someone else do a task, so they have an example to follow.

If someone neglects their duties, show what they should do and include them in the activity. For example, if you see a patient waiting for a nurse and Nurse Suzy is standing nearby staring blankly into space, greet the patient yourself, and encourage the daydreaming nurse to accommodate the patient in whatever way necessary. This indirectly brings attention to the fact that she neglected her duties while allowing her to become part of the solution.

3. Use Yourself as an Example

To effectively discuss the mistakes of others, you must first be willing to admit your own. People are much more receptive to their follies if the person discussing those faults is humble enough to admit to that they don't know everything and sometimes mess up. When somebody acts like they are always right and is always correcting people, without being open to other opinions and ways of doing things, they just come across badly and nobody wants to listen to them or work with them. Nobody likes a know-it-all.

So, humanize yourself and talk about things you didn't know until somebody showed you how to do it the right way. Be open to hearing what other people say and show the many ways to a correct answer; everything is not always black and white.

Take the strategy further and continue with praise. When criticism is necessary, make sure to praise the person while humbling yourself. Also, relate to the person you're talking to. Don't think you are too good or too right to talk with someone about their areas of improvement while acknowledging your own.

Use specific examples and give them specific ways to improve. Giving specific examples of what you want from them can help them help you. If you just want them to improve how they interact with people, it doesn't really pinpoint any areas where they struggle-- it's too broad. But if you told them they needed to work on how they greeted people and their body language, it gives them more specific areas to improve in.

5. Focus on the Problem, Not the Person

Don't make it personal. It's never good to personally attack someone, or say that something they worked hard on is stupid or to say something else negative. That just makes you seem like a jerk and the person will probably want to challenge you to do it better.

Say, "The reports are too long and some of the wording distracts" instead of, "Those reports you make are super boring and you distract people when you speak because of your tone, and it is just a drag listening to those super long presentations you piece together."

There is always a better way to say something, so somebody will listen to you instead of wanting to punch you in the mouth. Shift the focus to you instead of the person by talking about how the problem affects your job. That way it gives them insight on what you deal with and how you just want to make everything efficient so everybody can work better.

6. Let Them Keep Their Dignity

If you let people keep their pride and feel like they won, even after telling them where they can improve, they will be enthusiastic about doing what you want. People who fail to give objective criticism effectively, often forget that the person across from them has feelings and is also doing a job. Don't make someone's job worse by making them feel bad about their work.

The best way to let them keep their pride is to make them feel like they won. This can be done by offering praise, using the positivity sandwich, letting them know they are appreciated or telling them they are better at something than you are. That last point really bolsters people's pride and not only makes them feel important but gives them a small victory that they will carry into their work. The best way to help others improve is to not be selfish with the victories.

Don't just praise them during the positivity sandwich. As soon as you notice any improvement, praise them for it. This will improve the odds of them wanting to continue their progress and build their self-confidence. It’s incredible what a bit of praise can do for a person. We’ve all heard stories about how someone became successful simply because one person believed in them. We tend to dismiss those statements as exaggerations, but praise helps people go further than ineffective criticism.

Acknowledge that they improved their weak areas, even if they aren't perfect yet; it will show them that they are going in the right direction. It's good to know that progress is noted. Be specific with the praise just like with objective criticism. If you blanket praise them, it will seem insincere.

Giving someone a positive reputation to live up too is also an effective way of critiquing others. Even if you’ve heard negative things about someone, approach them with the positive things you've heard and seen. Express to them that you believe in their value and give them more responsibility.

People tend to exceed expectations if they feel valuable and have a reputation to live up too. Simply put, if you want someone to improve in a specific way, treat them well and act as if they already are that way. Many times the best way to objectively critique someone is to praise them and give them value.

You have to use these techniques sincerely and honestly for them to work. People are intelligent enough to know whether you mean what you way, so using these methods insincerely will backfire.

If you follow these methods, you should see better results when you need to offer objective criticism or get someone to work more efficiently. By staying positive, handing out sincere compliments, admitting faults, letting others win, and believing in people, you can increase effectiveness and mood in those around you. Always find the good and make sure to give your objective criticism with compliments so people can stay focused on the positives while learning where they can improve.