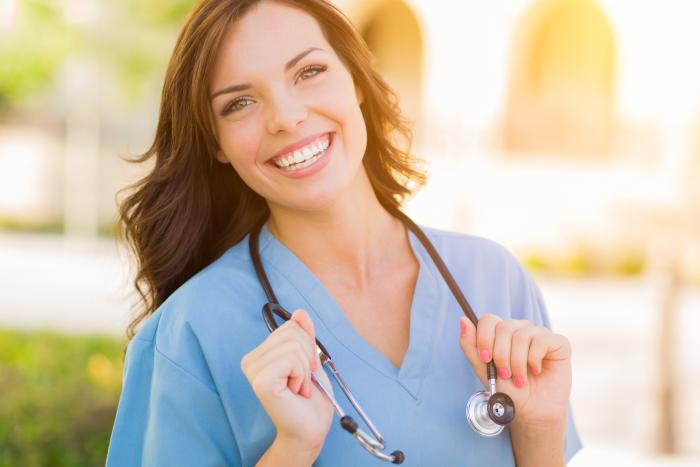 Some of the best hospitals in the world are those that offer their medical practitioners top-notch employee benefits. Jobs in the medical industry are not solely just for nurses and doctors. Yes, a hospital will generally rely on their RNs and MDs to provide care, but there are also so many other jobs that are crucial to the running of it.

In some areas, experienced health workers have the option of working in different non-clinical setups. But, doctors and nurses are still usually primary employers. While all hospitals usually have a few things in common, there are a couple of vast differences. These will usually become very clear when a health worker changes their hospital employer.

For instance, in research and teaching hospitals, the culture they have here may be collegial. They may also be interdisciplinary in nature. While at the smaller private hospitals, you might find more of a top-down atmosphere in the organization.

Despite all these differences, health workers can still find many good hospitals that offer great benefits. some of which we’ll include hereinbelow:

For those of you who think that you might want to get a master’s degree in nursing the Baltimore medical institution should be at the top of your list.

Why? Well, for starters, because it was ranked a joint first on the best graduate nursing schools list of 2011 published by the U.S News & World Report. This publication went further and tagged this biomedical research and teaching facility as being the best hospital in the United States.

This Magnet-accredited medical institution, founded in the 1889, uses unit-based communities of health workers. This makes a difference about things like patient safety and performance enhancement. It also has the ability to accommodate those of you that intend on using the knowledge and skills abroad.

The best thing about this healthcare facility is that a majority of their medical equipment using green energy supplies. This makes them so much more exceptional as compared to most other hospitals.

Schneck Medical Center found in Seymour, Indiana, originally opened its doors in 1911. By 2013 the levels of satisfaction had gone way beyond the Nursing Quality Indicators’ National Database average standard for 3 consecutive years.

The medical facility then received the 2011 Malcolm Baldridge National Quality Prize. The award was for a performance excellence honor that’s recognized nationwide. All because it had been referred to as an involved and powerful workforce.

Recruitment policies that embrace peer-to-peer reviewing have helped reduce staff turnover levels. In fact, they’ve never been this low since the past twenty years or so.

The hospital currently has Magnet accreditation and has already been recognized as such twice before. It has also been listed as being among one of the best places for health workers to work in Indiana state by several industry publications.

The Jacksonville, Florida hospital has been described as one of the best starting jobs for healthcare employees. This is especially true if you’re a nurse. Beginner nurses can really hone their skills at this institution. That's because they’ll be working under low-acute hospital systems.

This referral medical institution, which opened its doors in 1955, is a subsidiary of Baptist Heath. The network of hospitals has a main goal of keeping people that work under their umbrella happy. This happens with core benefits packages.

Some of the perks they give include financially supported nursery services, training remuneration, adjustable schedules as well as helping first-timers purchase their first home. (giving loans of almost up to five-thousand dollars).

Plus, staffers that wish to climb the “corporate” ladder can give themselves a head start using the “Emerging Leaders” program. Getting to shifts is also easier thanks to their fast transport service. They also offer public transit concessions and complimentary parking.

This Children’s Hospital in Chicago, founded in the year 1882 by nurses, specializes in pediatrics. Therefore, it can be deemed fitting how the institution honors the crucial contributions made by nurses via the DAISY Award, which is a quarterly nationwide accolade that recognizes both the APNs and RNs all across the nation for their exceptional work.

The workers based at the Chicago-based medical facility that have contributed extraordinary healthcare can also be awarded one the hospital’s 8 “Nurse Exemplar” prizes. This Children’s hospital is not only Magnet-accredited but the Healthcare Advisory Board has designated it a “Destination Nursing” hospital as well.

In fact, it’s actually one of the only five medical facilities across the nation that has this title. It was awarded this because of the superb working environment it provides to its health workers.

This medical institution based in Texas, founded in 1919, is currently the centerpiece of the State’s Methodist Health System. Over the years it managed to show how nurse friendly it is and this has been confirmed by the fact they’ve also achieved Magnet accreditation.

In the “100 Best Companies to Work For” list in the 2014 Fortune magazine, it managed to jump twenty-one places. It has also been on the list itself for 9 consecutive years.

Some of the incentives they use to retain worker talent includes at least 8 compensated holidays yearly, on top of tuition repayment and paid leave.

Nurses, for example, are also known to undertake involved leadership roles at the hospital. They can team up with the doctors to safeguard the exceptional patient care standards the institution has.

Barbara Riley, senior vice president and chief nursing officer at Rhode Island Hospital claims that the nurses, and generally all the health workers, in the healthcare facility are dedicated health professionals. They strive daily to provide the best care possible to their patients as well as being very supportive to families.

The Beacon Award for nursing excellence was awarded to the medical-surgical unit in 2013 which was a recognition of their devotion. This was the second time they got such an honor. Most of the people that have worked at the hospital have constantly praised it for its private-acute care system.

Some of the perks you’ll find at this medical institution include a childcare center that’s there to assist the busy working parent, a relocation expense assistance alongside life, dental and medical insurance. There’s also an employee fund they’ve created to support the workers with taxed resources that are undergoing some harsh times.

The Mayo Clinic based in Minnesota, founded in 1889, recently earned a spot on the “100 Best Companies to Work For” Fortune list and it’s been there for eleven years straight, which means there’s certainly something it’s doing right. Facilities designed to make the lives of 58,000+ workers easier include on-premises childcare, telecommute opportunities, job-sharing schemes and even reimbursement for adoption.

This non-profit healthcare facility concentrates on encouraging those of you that want to undertake tuition support training as well as gain extra skills. Also, their Continuing Nursing Education program gives nurses that work for them the opportunity to attend medical conferences that are showcasing cutting-edge developments and research.

The Mayo Clinic, just like most of the other hospitals on this list has Magnet accreditation as well and it’s been having this accreditation since 1997. In 2013, the U.S News & World Report ranked this hospital in Rochester as the 3rd best hospital in the nation.

This Los Angeles-based non-profit healthcare facility founded in the year 1902, got its first Magnet accreditation in the year 2000. Since then, it has continued to show how nurse friendly it is and has managed to receive the same accolade in 2004, 2008 and 2013.

Some of the many benefits it offers its health workers include the presence of an in-house credit union, tuition remuneration and prolonged sick leave. All these combined make it a very appealing place for health professionals to work.

Furthermore, this academic health science center and hospital highly prioritizes education. It gives its nurse workers the chance to further their education via a wide range of specialized training options and workshops. Some can even completely shift the trajectories of their careers thanks to the internship initiatives offered by Cedars.

Those of you that are working parents can breathe a bit easier when you’re working at this medical institution based in Chicago. ‘Working Mother’ magazine has named in one of the most family-friendly healthcare companies for fourteen years straight.

The some of the benefits this Chicago-based hospital provides include, of course, an on-campus childcare center, an Employee’s Assistance program that provides their workers with counselling as well as elderly care referrals.

For the worker that’s interested in furthering their education, the medical facility tuition support and savings, alongside a wide range of both development and training options through its NM Academy. According to a former nurse at the hospital, “management is flexible and very caring”. Most of the people that have worked at the institution claim to have had inspiring, wonderful experiences

Registered health professionals new to the Vanderbilt University Hospital in Nashville don’t need to worry themselves too much about knowing their way around. Why? Because the more experienced staffers and leadership department teams up with the new workers to help them fit in better and easier.

This Vanderbilt University Medical Center subsidiary gives their employees the chance to climb the career ladder thanks to the Professional Nursing Practice Program they’ve integrated into the system. Workers can also expect a friendly workplace environment as well as a hospital that has got its Magnet accreditation.

Their extensive benefits package makes it a fantastic hospital to work for. Some of this scrumptious perks include fitness schemes and complimentary wellness, crèche services and a selection of discounts that can be used in specific stores and centers.

The network behind this non-profit medical center in Dallas, the Baylor Healthcare System, is showing the commitment it has to their health workers by building a Nurse Leadership Academy as well as a Nursing Administration fellowship. Baylor’s worker engagement, in 2008, went up by an outstanding 76%, which was 8% higher than what the American average was then.

The nurses that work for this hospital have a chance at professional growth via the ASPIRE scheme it has integrated into its system. The wellness program by Baylor also happens to provide workers with additional bonuses, which helps with the wellbeing of the employees as well as offering them the possibility of earning a three-hundred dollar annual incentive.

A few other employee perks include an employee assistance system (that provides free counseling), tuition recompense and childcare services on-campus. This Magnet-accredited university medical center, founded in the year 1903, is the flagship facility of the Baylor Health Care System.

The Power Of Employee Benefits

The truth is, many hospitals just tend to throw their new workers straight into the deep-end without easing them in. Worse still, they do this even though they may not have such good employee benefits to start with in the first place.

Good benefits allow workers to feel like they have some kind of financial security. With that said, not all staffers are going to feel the same way about this. Fortunately, though, it’s a very large majority that does.

Working in a hospital is an exciting career option that can also provide solid benefits. Not only will it help them feel a bit more valued, but it’ll also help encourage that feeling of security so many employees usually crave. Hopefully, this article will help show you where you really need to be.