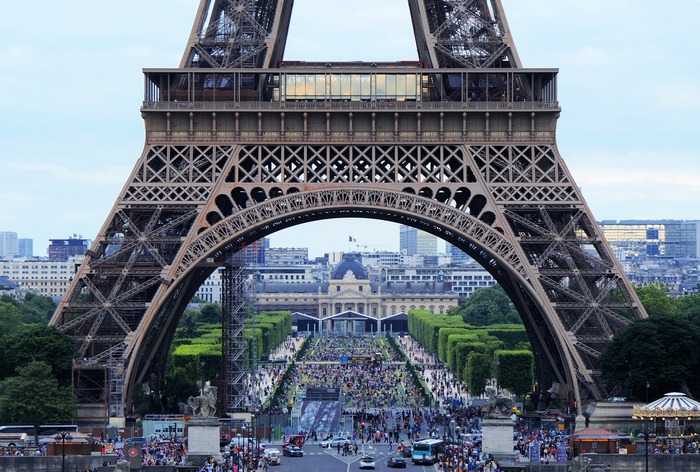 As a health professional, you often have opportunities to work overseas. US-based training gives your resumé the gravitas it needs to land roles practically anywhere in the world.

Many medics like the idea of working in Europe and experiencing life in the Old World. Somehow, it seems more romantic and mysterious than staying home.

But which European cities are actually worth going to? That’s a tougher question.

Researchers have some sense of what qualities physicians want from a city. Like everyone else, doctors appreciate low crime, low living costs, modest pollution, and tolerance towards minorities. And, in particular, they like cities where they can earn a high salary, be close to quality universities, and work in quality healthcare facilities.

The setup in Europe, though, is different. Most countries on the continent don’t operate a private insurance model but rely on public funding. In some cases, like the UK, the entire public-facing side of the healthcare industry is socialized. Thus, the working environment and remuneration tend to be very different.

As for being “cool,” you have plenty of options in Europe. The continent is teeming with cities that have a story to tell. You can’t capture hipness in economic and social metrics, but you know it when you see it.

This article runs through some of the hottest, trendiest, and most desirable European cities for healthcare professionals to work in 2020. Check them out below.

Germany’s healthcare system goes back to Otto Von Bismark’s social security program, which started in the 1880s. Since then, the country has had a kind of public insurance program, called a “sickness fund,” linked to trade unions, which pays the health bills of people who need it.

While Berlin is the largest city in Germany, Munich is the one that tends to attract the most healthcare professionals. Several factors are driving this. First, the city is beautiful, nestled in the Bavarian countryside, just a few miles from the Alps. Like so many other central European cities, it has an air of class about it.

Second, it is one of the safest cities globally, with some going as far as to say that violent crime does not exist at all. Furthermore, it also offers low pollution levels, thanks to its well-developed public transport system, and great universities.

Physicians’ median salary isn’t as high in the city as others, but doctors who work here can still earn more than in Berlin or UK cities.

For healthcare professionals who love history, Munich has plenty of sites to keep you interested - at least for a few months. Highlights include the English Garden, Church of Our Lady, St. Peter’s Church, Deutsche Museum, Old Picture Gallery, Viktualienmarkt, and the Olympiapark constructed for the 1972 games. 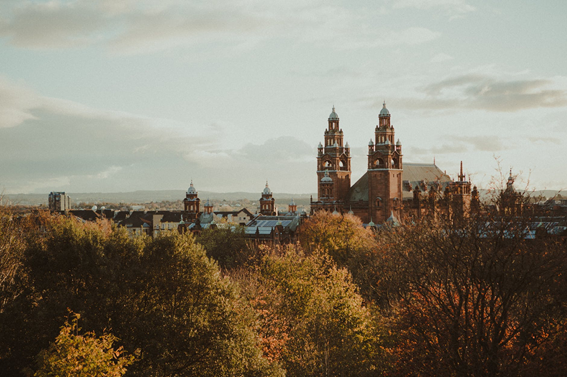 Glasgow is a city in Scotland in the north of the UK, straddling the river Clyde. It was once a manufacturing powerhouse and the country's second city, just behind London. But its fortunes changed with deindustrialization and the movement of jobs overseas.

Despite this, Glasgow remains a popular destination for healthcare workers. One of the reasons is the city’s healthcare quality. While Glasgow itself might be low-income, it receives taxes from the UK central government, which pays for premium facilities, equipment, and staff.

Glasgow has an edginess about it that you don’t find in many other places. It’s not a tourist trap like Edinburgh. When you live in the city, you feel like you’re getting a true reflection of what life is like for the average Scot. There are sights to see, but this is more a place you live because you want to get stuck into life in the UK. It’s not like York or Cambridge.

Other highlights of the city include the low cost of living and the tolerance for outsiders. American expats shouldn't struggle to fit in. 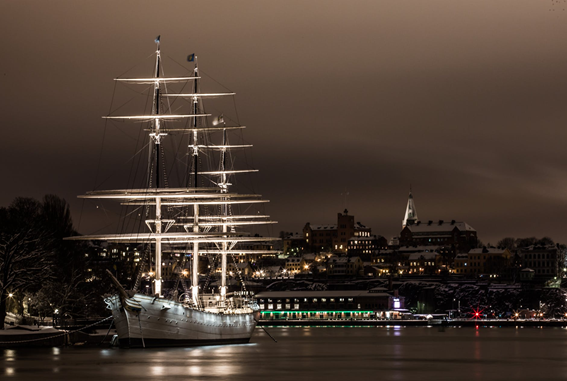 Sweden’s capital Stockholm is one of the most innovative places globally - at least on a per capita basis. The city seems to be able to churn out million and billion-dollar businesses effortlessly - a testament to its startup scene's strength. The whole place has a Silicon Valley vibe. Everyone is trying to come up with new and exciting ideas.

Sweden has a reputation overseas for being a socialist country, but that’s not really true. The state is big - much bigger than in the US - but it works cleverly. It is trying to create the conditions that will bring the best out of people all the time. And that’s why Stockholm is such an exciting place. It’s about as close as you can get to a real-world version of Star Trek where everyone works “to better themselves.”

Stockholm is great for physicians for two reasons: tolerance towards minorities and exceptionally low pollution. Unlike many capitals, it doesn’t suffer from excessive urban sprawl. And the people here are naturally welcoming to migrants from overseas.

The city plays host to some interesting cultural phenomena you’ll want to check out if you decide to work here. Be sure to try out stromming, a local fish dish prepared at a famous kiosk in the city. And if reading is your thing, check out the stadsbiblioteket - the Stockholm Public Library - home to the most extensive collection of books in the whole of Scandinavia.

For those looking for flea markets, be sure to check out Hornstull Marknad near the waters of the Hornstull. It’s a little off the beaten track and not well-known by tourists, but it sells practically everything you could ever want. You’ll find food trucks galore and plenty of people selling old vinyls of your favorite records, including Abba. 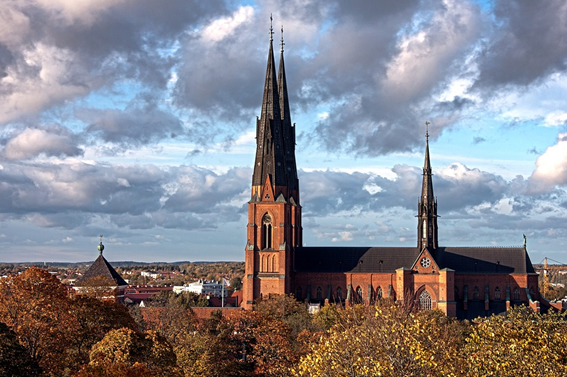 Uppsala is another city in Sweden, famous for its incredible university, founded in the 15th century. Medics like it because of the affordability of its healthcare, the quality of medical services in the city, and its exceptional safety record.

Uppsala is a little north of Stockholm, but you can expect the weather and passing of the seasons to feel the same. Being so far north, it gets icy during winter. But if you don’t mind living in Lapland and going to bed early from November to March, you should accommodate.

Uppsala is packed with history and offers a different pace of life from other parts of the country. Gamla Uppsala, just to the north of the city, is the spiritual home of the Nords. Legend has it that it was here that Odin spawned the first generation of Norsemen, who then became royalty of the fabled Yngling dynasty. If you travel to the site today, you can find the remains of more than 250 barrows - burial sites - littering the landscape. 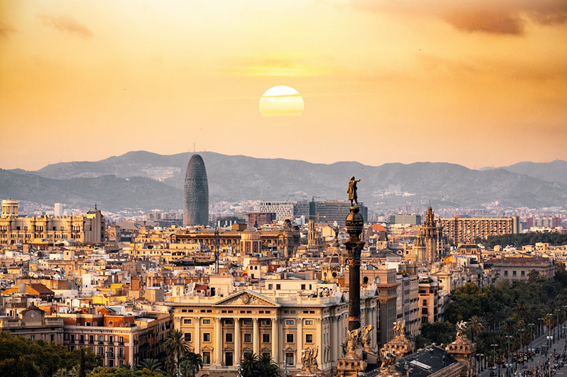 Barcelona is the capital of Spain’s Catalonia region and best known for its stunning architecture. The city sits on the coast, looking out over the Mediterranean, providing quick access to the beach. It is also bigger than many people imagine. More than 1.6 million people live within its borders, with many more in the metro area.

Barcelona is easy for tourists to love thanks to its fantastic weather, food, and historical sites, but what is it actually like to work there as a healthcare professional?

Well, for starters, when you get a healthcare role in the city, you soon develop a strong appreciation for its world-class transport network. The metro isn’t quite up to the one in Madrid's standard, but it’s not bad. There are buses everywhere, and taxis litter the streets, offering cheap fares. It makes the morning commute easier than in most other major cities in Europe and elsewhere in the world.

Physicians also love the fact that the cost of living is lower here too. While salaries for doctors are good, the average worker earns less than in many other European cities, which has the effect of pushing local prices down. Things like eating out at restaurants, getting your hair styled, and going for leisure activities cost less (on a purchasing power parity basis) than in most US states.

Then there is the fact that Barcelona is clean and cosmopolitan. The city is very different from Madrid, which has a bit of a litter problem. You’re unlikely to see a lot of dog poop. And it has more of a European than Moorish vibe than the Spanish capital, owing to its location close to the border with France.

The only downside is mass tourism. Every summer, millions of people travel to the city, making getting around the center difficult. During July and August, you may notice some transport disruption. 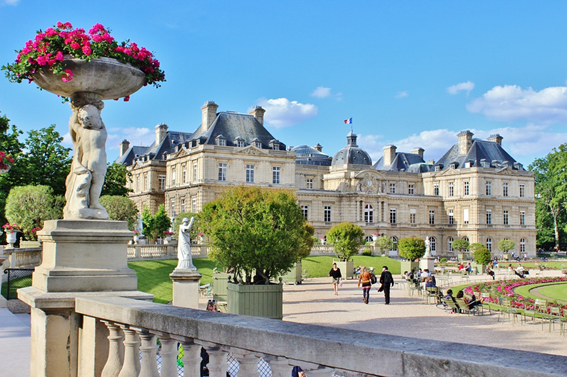 Luxembourg is different from most European cities, famous for its extraordinarily high cost of living and incredible wealth. It is like a bigger version of Monaco. Europe’s wealthy like migrating here for its favorable tax rates and the virtual absence of crime.

Healthcare professionals love Luxembourg for several reasons. The biggest draw is the generous salaries. If you are a doctor in the country, you can expect to earn between 4,240 EUR and 19,500 EUR or about $5000 $23,000 per month. That’s considerably more than you would make in other European countries, like Germany, Belgium, and France.

Wages are high in the country because it has to import all of its medical workers. It doesn’t have a school of its own, so everyone trains across the border in neighboring countries and then travels to the small state to begin their careers. The salaries entice people to leave their home countries and travel abroad.

For healthcare professionals in the US, this is both an opportunity and a curse. It’s great that you’re able to earn a higher salary. But it can sometimes be challenging to get work at a hospital unless you have EU-specific qualifications.

Aside from the pay, Luxembourg offers plenty of other things that make healthcare professionals want to go there, including clean streets, wealthy neighbors, and plenty of world-class food. The city is home to some exciting dishes, including Rieslingspaschtéit (meat and wine pie), Gromperekichelcher (crispy potato cakes), and a plum tart called Quetschentaart. Please note, though, that you may not be able to find many of your fast-food favorites. KFC, Taco Bell, Five Guys, and Krispy Kreme are all missing (although you may be able to pick up a cheeky McDonald’s if you travel to the outskirts). 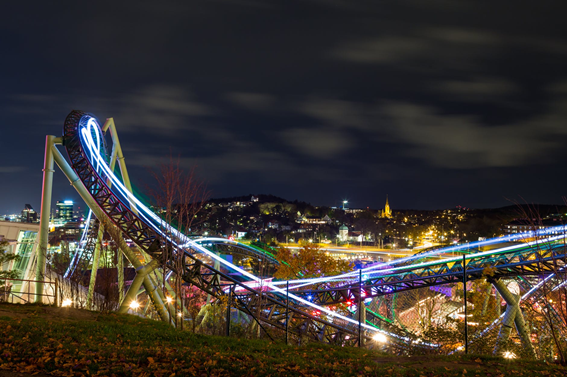 Lastly, many healthcare professionals from the US consider Gothenburg as a work destination. Like the other Swedish cities in this list, it offers low healthcare costs, excellent tolerance for minorities, and a high safety level. But that’s not what makes it cool.

Gothenburg is a little different from other cities in Sweden. It’s more boho and not so obsessed with doing everything perfectly. It has a certain joie de vivre that you struggle to find in many other major Scandinavian cities.

For instance, you’ll find an abundance of curb-side cafés where you can order eclectic but straightforward food. There are also beautiful art exhibitions and shops packed with interesting antiques. And you can indulge in an abundance of Nordic design, craft beers, and the cutting-edge food scene. It's got something for practically everyone.

Please note that if you want to work as a doctor in Sweden, you’ll need to get a Swedish medical license, called legitimation. You'll need to learn Swedish, validate your qualifications, and pass a proficiency exam.

Interestingly, other healthcare occupations, such as assistant nurses, don’t require any permit. You can start immediately if you have the necessary qualifications and the legal right to work in the EU, you can apply for nursing jobs in the city.

Europe offers a range of working environments that is hard to imagine in the US. Every country on the continent is radically different from each other, with the language changing from one to the next. The EU is not a “United States of Europe.”

The best European cities for healthcare professionals offer a rare combination of safety, salary, sites, and quality institutions. The coolest are those that have destination appeal as well.