Best Hospitals in Wyoming to Work For 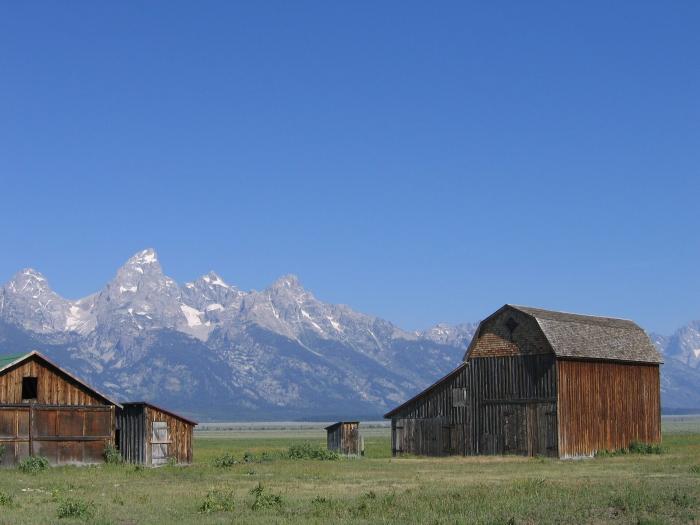 In rankings released in April 2019 by the Centers for Medicare & Medicaid Services (CMS), there were several Wyoming hospitals with four-star rankings and one with five stars. Those with three stars have lots of potential and need great healthcare professionals to work for them.

Let's take an in-depth look at Wyoming's best hospitals as well as the communities where they do their work.

Let's begin with some background on Wyoming.

While it's a large state at nearly 100,000 square miles and about 500 miles diagonally from southeast to northwest, Wyoming has the smallest population of all 50 states. It currently has approximately 578,000 residents (this is about the same as Milwaukee, WI).

Wyoming is sparsely populated—with healthcare facilities as well as people. Many of its residents in need of medical attention go to the neighboring states of Colorado, Utah, Idaho, Nebraska, South Dakota, and Montana for treatment.

Let's take Cheyenne as an example of what this means for Wyoming.

Wyoming's largest city is near the border of a more populous state. So, what does this mean for a place like Casper (pop. 57,461), which has a medium-sized hospital but isn't so close to larger out-of-state hospitals?

What about Riverton (pop. 11,000), which is also in the middle of the state and has a small two-star hospital? The closest larger city, Ogden, UT, is 300 miles away.

If you think about it, you'll realize that the Fort Collins-Boulder-Denver metropolis in northeastern Colorado and the Ogden-Salt Lake City region of northern Utah are the only large metropolitan areas close to Wyoming.

These metro areas are easily accessible to only a small portion of Wyoming residents—specifically, those residing in the southeast and southwest corners of the state.

Still, the question here is not why so many Wyoming residents can't get to another state for health care but rather why so little higher-level medical care is available in-state.

It's become very clear in recent years that Wyoming is in need of doctors and other healthcare professionals. Stories from Wyoming Public Media give these facts about the state's healthcare status:

So, where are doctors and other healthcare professionals when they're so badly needed? One article after another states the need for healthcare workers in Wyoming, but they're scarcely coming at all much less in the numbers needed.

The average primary care physician's salary in Wyoming is $159,869 to $208,302. However, smaller, more remote places have higher average salaries.

Let's take a look at some of the highest-rated hospitals and healthcare facilities and the places they're located in. Please keep in mind that our list is alphabetized by city name since we used an amalgam of rankings, each relying on different criteria.

Afton, Wyoming (pop. about 2,000) is a town in the far west center of the state, south of the Grant Tetons and near the Idaho border. It holds the distinction of having the world's largest elk antler arch.

Star Valley Health is a non-profit 22-bed critical access hospital in Afton. Like other hospitals, they're always on the lookout for new talent.

Casper is Wyoming's second-largest city. It's home to two colleges, Casper College and the University of Wyoming at Casper.

The Wyoming Medical Center takes pride in its family practice and internal medicine physicians. It's also been recognized for some of its medical practice areas as well as its Level 2 Trauma Center status.

As with other medical facilities across the state, WMC has job openings in several different healthcare and related fields.

Casper is also home to the Mountain View Regional Hospital, which was recently acquired by WMC. This hospital was lauded for its high rates of patient satisfaction.

Cheyenne, Wyoming is a thriving city with attractions that include a broad array of restaurants, vibrant nightlife, multiple outdoor recreation opportunities, the beautiful Cheyenne Botanic Gardens, the annual Frontier Days festival, and a lot more.

It seems likely that Cheyenne owes its tourism industry to the Wild West mythology as well as its proximity to the Denver metro area. Its cost of living is slightly higher than in other parts of the state and has a higher average home value.

Cheyenne is home to the 238-bed Cheyenne Regional Medical Center. This hospital, the state's largest, has garnered numerous accolades—several for its cardiology and colorectal programs, as well as some for GI and general surgery.

Cheyenne Regional has positions available in many medical and healthcare specialties.

These three communities are all in the northwestern part of Wyoming, between Sheridan and the eastern border of Yellowstone National Park.

All are good to very good quality hospitals. Two of them got 4-star rankings from CMS and the third got a 3-star ranking. The hospitals are:

Cody and Powell are only 28 miles apart, as are Powell and Lovell. Each has a well-functioning healthcare facility.

The town of Douglas, Wyoming (pop. 6,273) is about 50 miles east of Casper in the eastern part of the state. It's also south of Thunder Basin National Grassland.

Memorial Hospital of Converse County, located in Douglas, offers a generous array of healthcare services and specialties for a small community hospital. It has several non-physician jobs available too.

Evanston, Wyoming  (pop. 11,704) is located in the far southwest corner of the state, very close to the Utah border and is 174 miles, less than three hours, from Salt Lake City.

The 42-bed Evanston Regional Hospital is a small hospital that deals with basic medical needs. It recently became an affiliate of University of Utah Health, which was a smart move for this hospital. It can offer sophisticated services without losing its small-town cachet.

Gillette, with its population of 31,903, is the fourth largest city in Wyoming. This might have something to do with its proximity to Mount Rushmore, Deadwood, SD, and Devil's Tower. It's also located in an area rich in fossil fuels.

There's a lot to do in Gillette, including a drive-in movie theater and a large multi-use complex that hosts rodeos, concerts, and other events. There's also a community college located in Gillette

Gillette is home to Campbell County Memorial Hospital (part of Campbell County Health). It's headquartered in Gillette, with locations throughout the county. The hospital received a 4-star CMS rating. It has a broad range of medical services.

Jackson, Wyoming (pop. 10,429) is the state's main gateway to both Grand Tetons and Yellowstone National Parks. It is served by a regional airport.

Jackson is also surrounded by mountains and known for its skiing. It's home to the beautiful National Museum of Wildlife Art and has a charming downtown area that's popular with tourists.

The main hospital and healthcare facility in Jackson is the 108-bed St. John's Health. It is known and recognized for the quality of patient care offered.

In addition to a 5-star ranking from CMS (the only one in the state), this facility has won a "best hospital safety" award and is ranked first in joint replacement rehabilitation. It has earned several other recognitions.

It's the home of the University of Wyoming's main campus and is known for its skiing and hiking trails. It also has some fine dining establishments, including several steakhouses. The University houses several museums that range from insects to art.

Laramie is served by the 99-bed Ivinson Memorial Hospital, which is characterized as a "small hospital"—probably due to the proximity of Fort Collins, which is about 65 miles away.

Riverton, Wyoming (pop. 11,000) is a small town (Wyoming's ninth-largest city, actually) that's located southeast of Yellowstone and the Grand Tetons. It's near the edge of the Wind River Indian Reservation.

Central Wyoming College is a community college located in Riverton, with locations also in Jackson, Lander, Thermopolis, Dubois, and the Wind River Reservation.

Riverton and nearby Lander are served by the combined entity known as SageWest Healthcare (159 beds between the two locations). SageWest has some entry-level healthcare jobs available, especially for the small towns it serves.

Rock Springs (pop. 23,082) and Sweetwater County are located in the southwest corner of Wyoming about 3 hours from both Salt Lake City and Ogden, UT. It's the fifth-largest city in the state and home to Western Wyoming Community College.

The 99-bed Memorial Hospital of Sweetwater County is an acute care facility located in Rock Springs. It has 500 employees and some openings that require registration to view.

Sheridan, Wyoming (pop. 17,849) is Wyoming's sixth-largest city. It's near the Bighorn Mountains and about halfway between Yellowstone and Mount Rushmore.

Sheridan is home to Sheridan College, a community college. It's been described as "a town that doesn’t get any more Wild West." Buffalo Bill Cody used to staff his Wild West show from a local hotel and his name is part of the local culture.

Sheridan Memorial Hospital, with 71 beds, is fairly sophisticated for a hospital its size. It earned four stars in the CMS review. It offers specializations in cardiac and cancer care. The hospital's downtown campus occupies several buildings.

Thermopolis and the rest of Hot Springs County (pop. 4,555 for the county) have numerous natural hot springs. The springs are open to the public for free.

The 25-bed Hot Springs County Memorial Hospital focuses mainly on emergency services, inpatient care, and outpatient therapies (such as chemotherapy). There is a listing of various non-physician jobs on their website.

It's Time to Apply at These Wyoming Hospitals

It's hard to identify the "best hospitals in Wyoming" since their circumstances differ so much. They run the gamut from the 22-bed non-profit Star Valley Health Center in Afton to the higher-level 238-bed Cheyenne Regional Medical Center.

We'd have to say that Wyoming's best hospitals are those that do the best they can to meet the needs of patients in small communities spread out across a very large state.

Aside from competition with larger out-of-state facilities, Wyoming hospitals face very little competition. Those that did face competition generally ended up merging and collaborating rather than competing.

We hope this article will be of service to both healthcare professionals and healthcare employers in the state of Wyoming, which so badly needs healthcare workers. If you are interested in our Best Hospitals in Iowa to Work For article, please feel free to browse that list as well.